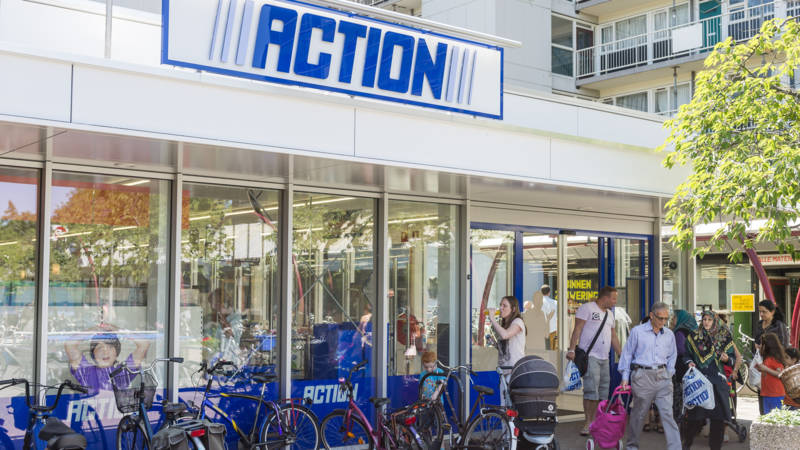 Action discount chain ended the past financial year with a substantial increase in turnover. The company from North Holland earned more money, in particular by opening new stores. All in all, revenues increased by almost a quarter. The operational profit was more than 16 percent higher.

Action opened 230 new stores in seven different European countries last year. All 1325 branches that were open at the end of 2018, generated a turnover of more than 4.2 billion euros. At stores that have been open for more than a year, the average turnover increased by 3.2 percent. That was 5.3 percent a year earlier. The operating profit rose to 450 million euros.

According to Action, figures could have been even higher. In French and German distribution centers, the company faced logistical problems, as a result of which stocks did not end up in stores or did not arrive in time. According to the discounter, this had a negative effect on revenue. The protests of the ‘yellow vests’ and other strikes in France also bothered Action’s merits.

CEO Sander van der Laan again spoke of a successful year for Action. According to him, the company is aiming for further growth. In the medium term, the store wants to increase its turnover to 10 billion euros, helped by further increasing the store stock. The company also looks at locations in countries other than where it is currently active. At the end of 2018, Action had branches in the Netherlands, Belgium, Luxembourg, Germany, France, Austria and Poland.