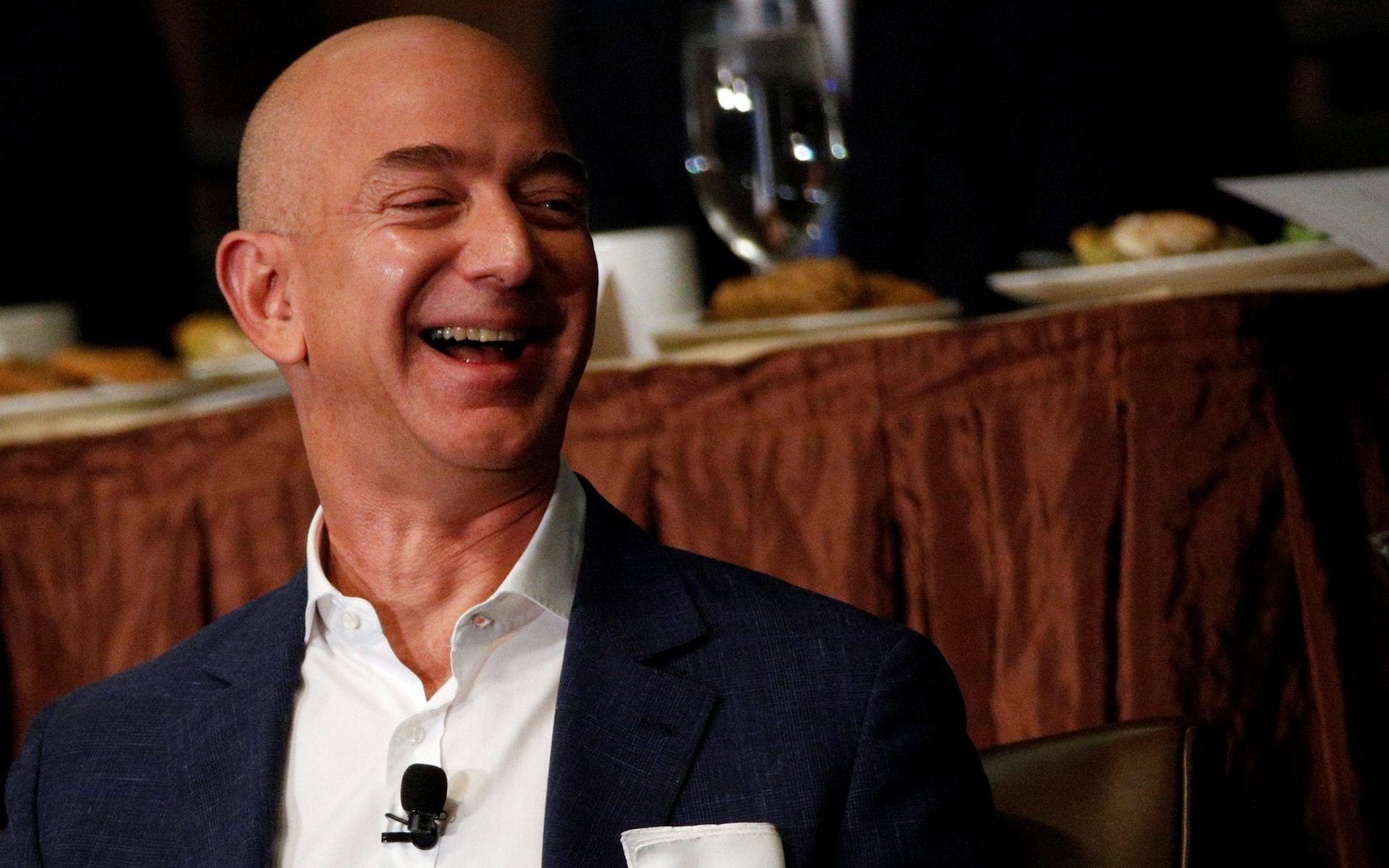 Amazon has become the world’s most valuable company as investors swooped to snap up shares before a predicted surge in price later this year.

The Seattle-based retail giant capped the market at $793billion on Monday after an analyst predicted that the price could rise as much as 20 percent this year thanks to bumper sales and its digital advertising and cloud services.

Pivotal Research Group’s Brian Wieser on Monday estimated share price to rise to $1,920, which could put the company’s valuation close to $1tn.

The company announced last week that it had been selling out of its devices over the Christmas shopping period and that 100m Alexa devices have been sold around the world.

Alexa is the voice assistant that powers Amazon’s range of smart speakers like the Echo and Echo dot. The Artificial Intelligence which is activated by speech has been integrated into a number of home gadgets including washing machines, microwaves and smartphones.

Google was quick to announce shortly after that it expects to have sold one billion Google Assistant devices – including the Google Home and its Pixel smartphones – by the end of January. Former stock darling Apple, which has warned shareholders of a gloomy new year thanks to poor iPhone sales, also offers its own smart speaker. It has yet to release figures on sales of the device, which can be controlled using Siri.

Amazon’s share surge shifted Microsoft’s six-week run at the top. Microsoft, which capped the market at $790bn on Tuesday, has experienced an extraordinary turnaround under its chief executive Satya Nadella. Nadella joined five years ago and has overseen a trebling in Microsoft’s share price since shifting focus from consumers to business customers.