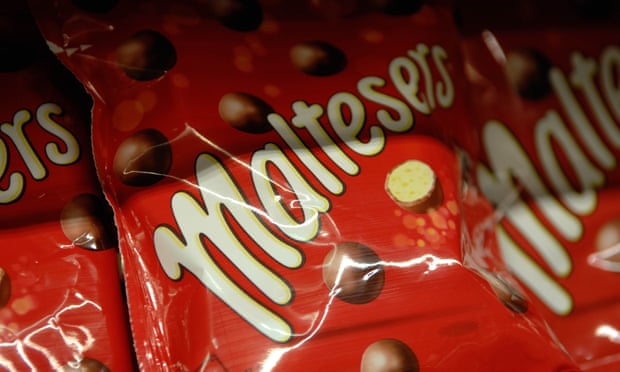 More than 200 different consumer products, from toilet roll to chocolate, shrank in size about the time of the Brexit vote.

According to figures from the Office for National Statistics, as many as 206 individual items were made smaller between September 2015 and June 2017, more than double the number that increased in size.

The analysis confirms a trend of “shrinkflation” – when goods are made smaller, but still sold at the same price – immediately after the EU referendum, when the sudden fall in the value of the pound pushed up the cost of importing goods to Britain.

Several high-profile examples have emerged, including Mars shrinking its Maltesers, M&Ms and Minstrels chocolates by up to 15%, while McVitie’s has cut the number of Jaffa Cakes in a packet from 12 to 10.

The ONS said that food and drink products, as well as everyday household items such as toilet rolls, nappies, tissues and washing-up liquid, were the products where most of the size changes had occurred.

According to the Whitehall statisticians, prices tended to remain unchanged when the size of a product was cut.

Shrinkflation was an established trend in Britain well before the Brexit vote, as firms used stealth tactics to eke out greater profits at the expense of consumers. Producers also often worry that passing on the increases in their cost of production could lead to weaker sales.

However, the sharp rise in costs connected to the weakness in sterling after the vote presented manufacturers with the choice: accepting lower profit margins, raising the price of their products, or reducing the amount they sold while keeping prices steady.

Regular inflation accelerated rapidly after the EU referendum as the majority of firms chose to raise their prices. The ONS estimated that only between 1% and 2.1% of food products in its sample shrank in size.

Sarah Coles, a personal finance analyst at Hargreaves Lansdown, said: “The effect of price rises are pretty stealthy. We don’t notice prices creeping up a few pence here or a couple of pounds there: we just suddenly spot that somehow our money doesn’t quite go as far as it used to.”