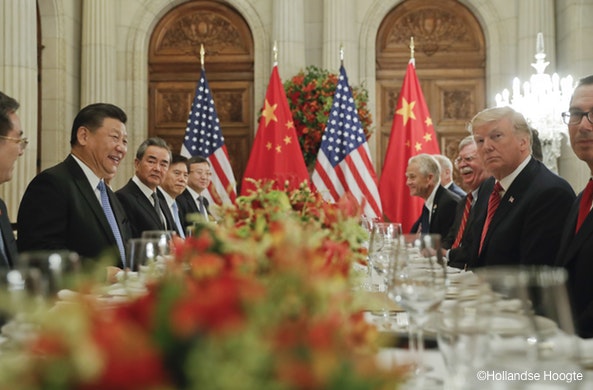 Huawei should not be allowed to buy from US suppliers from Monday, but this measure would now be postponed for the second time.

One of the components of the American trade war against China and Huawei was that the Chinese multinational was no longer allowed to buy products from American companies. After an earlier postponement, this ban would now come into force on Monday, August 19. But two sources let Reuters news agency know that the ban will be postponed for 90 days. President Trump and President Xi Jinping would discuss the issue over the phone this weekend.

If this happens, Huawei can still continue to buy products in the US. It is true that it can only buy for products that are now on the market, not for the development of new products.

Of the 70 billion products purchased in 2018, Huawei spent around 11 billion in the United States. The largest suppliers are Intel, Qualcomm and Micron Technology.

Huawei and the Chinese Ministry of Foreign Affairs did not respond to the rumor. The US Department of Economic Affairs also did not want to respond to the question whether the ban would be postponed by 90 days. “I will be happy to answer you on Monday,” the spokesperson told Reuters.