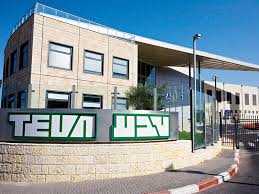 A federal jury in Pennsylvania has found Teva Pharmaceuticals guilty of discrimination against an employee on the basis of age and nationality.

Stephen Middlebrooks was awarded $1.16 million in compensatory damages and $5 million in punitive damages, according to a report in The Legal Intelligencer on Monday.

Middlebrooks, who started working for Teva in 2001, when he was 44, as a facilities manager, earned consistently good performance reviews until he came under the supervision of Nir Aharoni, an Israeli, who was more than 12 years younger.

As part of the evidence of unfair treatment, Middlebrooks said he received a lower rating from Aharoni than he ever had previously, and he was not given an equity award. Instead, he was passed over for a younger employee, he testified in a pre-trial memo. When Middlebrooks questioned& Aharoni,& Aharoni said the equity awards were “only for employees that will be with us for a long time.” When he first met Middlebrooks, Aharoni asked him how old he was.

The memo also charged that Middlebrooks and members of the group he led made complaints that& Aharoni had discriminated and been hostile toward the American employees. Human relations conducted an internal review, but, despite findings of “perceived discrimination due to ethnic bias” and “disregard for law and statutes after being made aware of the impact,”& Aharoni was not disciplined.

Teva did not dispute that Middlebrooks had received low ratings from Aharoni, but explained the reason for it differently.

In its pretrial memo, Teva maintained that Aharoni actually liked Middlebrooks personally and after being positively impressed by his work, selected him to head the North American Facilities Management Group, which was a “vastly expanded role.”

However, a disappointing performance in the new position resulted in poor reviews.

Regarding the internal investigation, Teva said that no “legally hostile work environment” was found, but instead the investigator made recommendations to improve the conditions, including cross-cultural training.

After hearing testimony from 13 witnesses, the jury deliberated for nine hours before submitting its verdict.