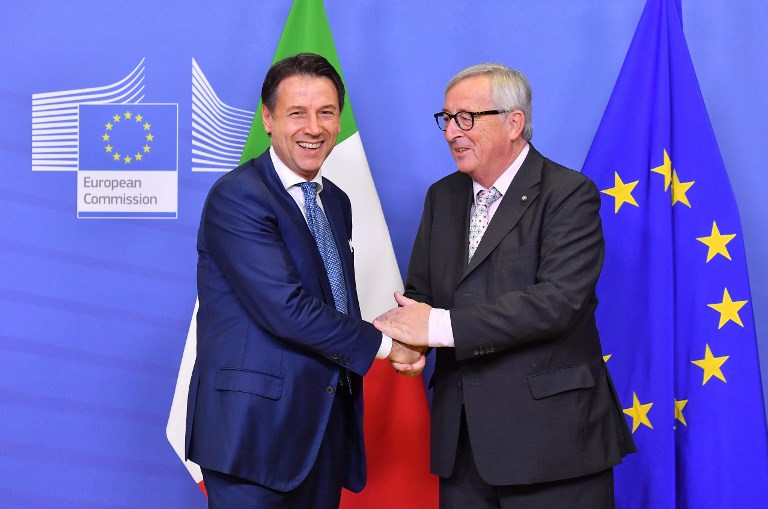 The EU and Italy’s populist government on Wednesday called a truce in their bitter row over Rome’s disputed 2019 budget, as Brussels said revised spending plans fell within bloc rules.

In a historic first, in October the European Commission rejected Italy’s big-spending budget, which promised a universal basic income and scrapped pension reform.

In Wednesday’s deal, Italy agreed to back down on both of its landmark measures, and is now committed to not adding to its colossal €2 trillion euro debt load next year.

“Intensive negotiations over the last two weeks have resulted in a solution for 2019,” EU Commission Vice President Valdis Dombrovskis told reporters in Brussels.

“Let’s be clear: the solution is not ideal. But it avoids opening the excessive deficit procedure at this stage,” he added, referring to a process that could result in major fines for a member country.

To win the compromise, Brussels in return offered some flexibility in calculating the budget in light of “exceptional circumstances”, including the modernisation of infrastructure after a tragic bridge collapse in Genoa last August.