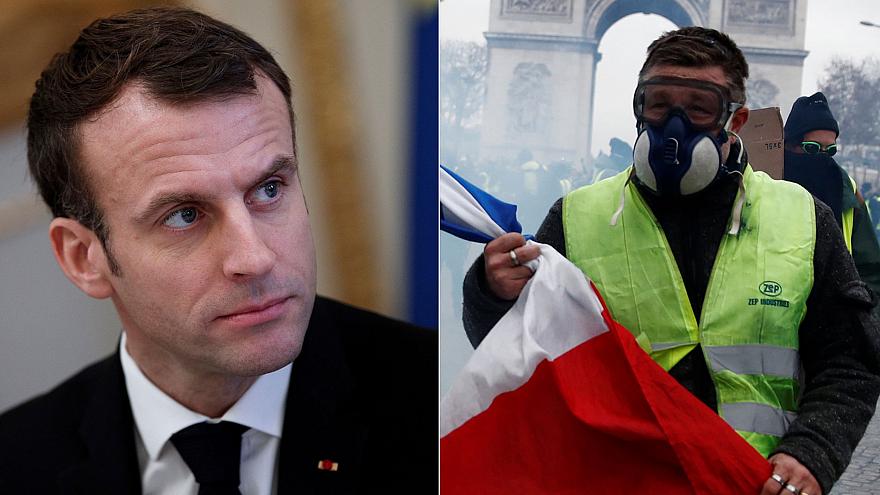 President Macron has made a number of promises to the ‘yellow vests’ in a TV speech. For example, the minimum wages have to be increased by 100 euros per month from next year; no more taxes should be levied on overtime; and a planned tax for pensioners does not go through. He also calls on employers to give employees an end-of-year bonus.

Macron calls the violence in the recent protests “a threat to freedom”. At the same time, he does not want to put away the “anger as unacceptable behavior alone”.

Macron addressed the French from the Élysée palace. Many thousands of French people have been protesting in yellow vests since 17 November. In addition, violence was also used. The protesters initially reacted to high fuel prices and other high costs, but soon the protest was dominated by poverty in general.

Today Macron spoke with representatives of trade unions and employers’ organizations. There were no yellow-hat demonstrators present.

“The anger is right,” said Macron tonight in a speech of more than ten minutes. “It affects people who travel to work for a long time, and divorced women with children who can not get by. The country is in economic and social emergency.”

Macron did not meet the yellow vests at all points. In this way he insists on the controversial abolition of wealth tax. According to Macron, this is necessary to allow the wealthy French, who left the country because of the tax, to invest in the economy.