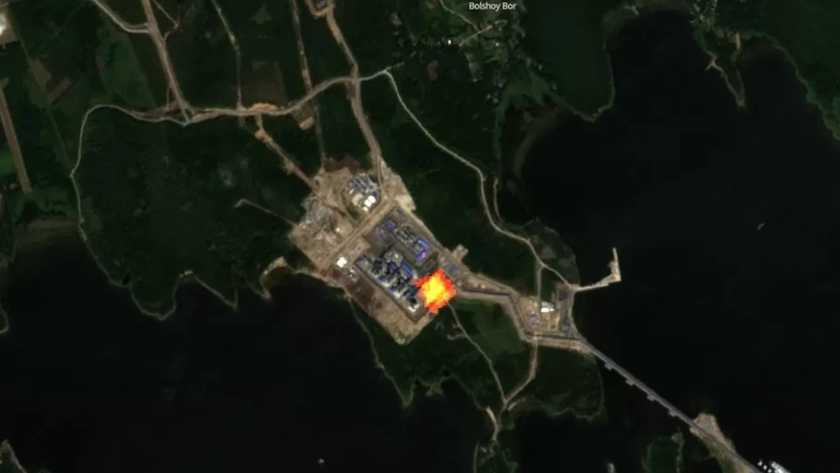 At a plant of the Russian company Gazprom near the border with Finland, a gigantic ’watch flame’ has been burning for weeks, where, according to an analysis by Rystad Energy, more than 10 million euros are wasted on gas every day. Experts told the BBC that it may be gas that was previously exported to Germany.

In the flame, which can be seen from tens of kilometers away, more than four million cubic meters of gas would be burned every day. Experts say a new liquefied natural gas (lng) plant in Portovaya, northwest of St. Petersburg, is the culprit. This plant would be located near a station from which large quantities of gas were previously pumped through the Nord Stream 1 pipeline to Germany, before Russia decided to reduce the supply through this gas pipeline. According to Germany, this is for political reasons, Russia says it is necessary for maintenance.

Although burning gas is common for operational reasons, experts who spoke to the BBC agree that these are “unprecedented amounts”. The flame was first observed in June “and then did not disappear.”One expert tells the British broadcaster that completely shutting down a gas plant is technically difficult and therefore the Russians may choose to ’torch’the gas in this way.

Scientists are concerned about the effects of the flame on the climate. The 9,000 tons of CO2 released daily contributes to climate change. Also, soot particles that arise from the incomplete combustion of the gas can affect the polar ice.