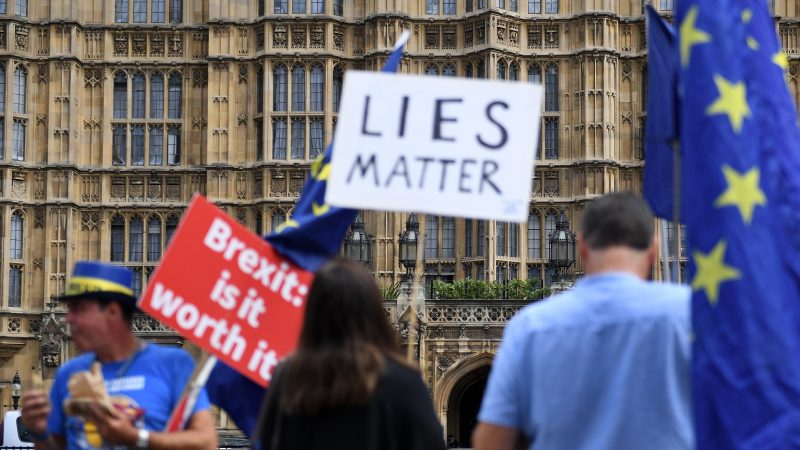 European and British negotiators have reached agreement on a political declaration on future relations between the European Union and Britain after the Brexit. It is still a design, which is normally confirmed this weekend. The document has an impact on trade and safety, among other things, and would establish a ‘close cooperation’.

European President Donald Tusk announced this on Twitter on Thursday morning. ‘I just sent a draft statement on the future relationship between the European Union and Britain to the 27 member states. The President of the Commission has informed me that it was agreed at the level of negotiators and agreed in principle at the political level, “said Tusk.

I have just sent to EU27 a draft Political Declaration on the Future Relationship between EU and UK. The Commission President has informed me that it has been agreed at negotiators’ level and agreed in principle at political level, subject to the endorsement of the Leaders.

The political declaration on the future relationship must be approved on Sunday by the European heads of state and government at an extraordinary summit in Brussels. The 26-page document is not binding, but it lays down the guidelines for future cooperation between the European and the British in the field of trade, security and other domains.

The plan, which leaked through news agency Bloomberg, provides a free trade zone where strong regulation would apply. Work would also have been done on a permanent solution for the border between Great Britain and Ireland. The British could also continue to work closely with European supervisors, a May demand.

The agreement, based on the already familiar details, seems to be a stroke of luck for the Theresa May camp, which had been in trouble the last week. Despite a Brexit, Britain could still remain closely with the EU.

For the time being, the German chancellor Angela Merkel is still critical of the agreement. According to her, it is not yet a foregone conclusion that Sunday will also be approved. According to her, the Irish issue remains a stumbling block.

In addition, the Heads of State and Government must give their approval for the 585-page divorce treaty, which must then be approved by the European and the British Parliament. Great Britain leaves the European Union on 29 March next year, but the transitional period is built into the end of 2020.