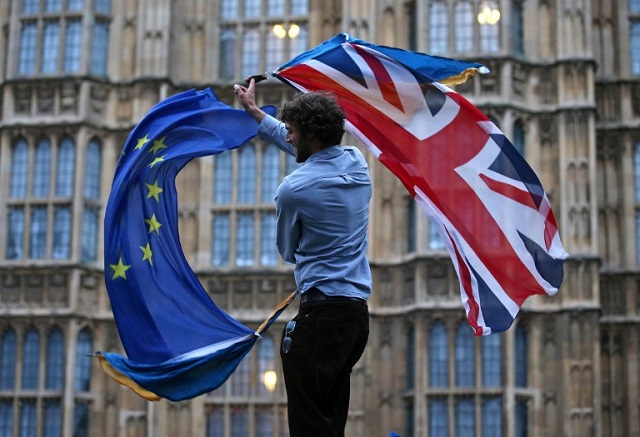 “Come home, then”. This was a comment I received on Twitter a few nights ago in response to a point I had made about the situation of expats in the era of Brexit. Although curt, this comment was nothing like as rude as others that we ‘remainers’ have been subject to in recent months.

When, I keep asking myself, did my tolerant and open country become intolerant and closed? It is a heartbreaking change to watch.

It would not be financially possible for most of us to come home, and I am not the only one who would have nowhere to go in my native country.

Therefore, when we raise concerns about the future of our pensions or access to healthcare in the countries where we now live, they are real concerns; a freezing of our pensions would spell poverty in old age for thousands of us and the threat of cutting off our right to healthcare, at the time in our lives when we are likely to need it most, fills us with fear.

Now, before I am shot down by those who think that, having decided no longer to live in the “green and pleasant land”, I deserve everything that is – or, more likely, isn’t – coming to me, and before I am told that, for the same reason, I have no right to any British pension at all , I would like to point out the following: I believe I served Britain tolerably well in my role as a teacher and then as a lecturer. The schools I taught in were far from élitist and I worked hard for my pension.

With regard to healthcare, the agreement in place at the time I moved to Italy was one of entitlement because there is a reciprocal agreement in place for Italians living and working in Britain. I have never sponged off either system in my life. When you move to another country, you do so under a certain set of circumstances and you do not expect retrospective legislation to pull the rug out from under your British feet.

Incidentally, if the value of people’s pensions had been cut by up to 25 percent in the UK , there would be uproar, yet this is exactly what has already happened to expats since the Brexit referendum and we are all afraid to say so publicly because we will be branded “selfish, élitist remoaners”. Well, it is about time someone said it and I do so here.

Another fear we have is that, even if a “right to stay” agreement is reached, it may be dependent upon some sort of property qualification. No, I am not restoring a castle or tending my vineyard – like many other expats, I pay my way but I do not own property in either country.

We do not figure in the British Prime Minister’s narrow vision of the “JAMs” [families who are “just about managing”] but that is often the reality for expats. Oh, and I’m not out here with family, either – I am truly dispossessed!

Why, some of you may wonder, would anyone want to leave Britain in the first place? My answer is because I am a Modern Languages graduate and I fell in love with Italy at an early age.

Loving another country does not mean that you love your own any the less; in fact you can come to love it more, because you see it with new eyes from abroad. Moreover, having had the chance to teach in Italy, I believe I have contributed in my small way to the spreading of British culture here.

When the British state educated me and trained me as a teacher, it did not do so in order that I might live exclusively in one country or the other; it did so in order that I would have a choice. That’s what education does. I was given the ability to make a choice and I made it, believing, like others, that I was protected in it by treaty.

That our native land now wants to rip that treaty up is hardly our fault and we are appalled by our formerly gentle nation’s abandonment of its own citizens in the EU. This is not the Britain that I recognize and it is not the free and fair Britain that I have told so many Italian students about.

I am hurt, as I am sure other expats are hurt, by the name-calling we have had to endure: I am not a “remoaner”; I am merely someone who wishes to embrace more than one culture and my language skills have enabled me to do that fully. Where was I on the day that such a wish became a crime in Britain?

The general view in Britain seems to be that three million expats are just a few snail-eaters who do not matter and I have no information on how many of us still have voting rights there. But elections and referendums, as we have seen, can turn on very few votes.

Perhaps one day soon the British government will wake up to the fact that we matter. I hope it does not do so too late.