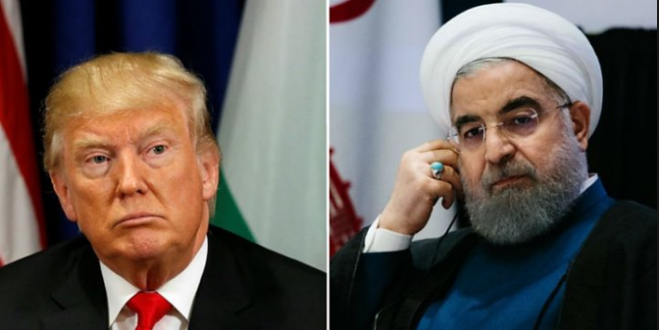 The second round of American sanctions on Iran will take effect on Nov. 5 at 12:01 a.m., the Trump administration announced on Friday. That’s been the plan since U.S. President Donald Trump withdrew the United States in May from the 2015 Joint Comprehensive Plan of Action (JCPOA), commonly known as the Iran nuclear deal, which lifted those sanctions.

The upcoming round will include targeting Iran’s “energy, shipping and the ship-building sectors, as well as the provision of insurance and transactions involving the Central Bank of Iran and designated Iranian financial institutions,” said State Department spokesperson Rob Palladino on Wednesday.

Iran will still be able to maintain limited access to the international financial transaction system known as the Society for Worldwide Interbank Financial Telecommunication, commonly referred to as SWIFT, for solely humanitarian purposes, said Treasury Secretary Steve Mnuchin in a conference call with reporters on Friday.

Initially, there were reports that America would not sanction any Iranian access to SWIFT. But Mnuchin said on Friday that the United States will expect SWIFT to disconnect financial institutions designated for sanctions.

“Humanitarian transactions to non-designated entities will be allowed to use the SWIFT messaging system as they have done before, but banks must be very careful that these are not disguised transactions, or they could be subject to certain sanctions,” he said.

“This is the same as the pre-JCPOA sanctions in 2012-13,” Richard Goldberg of the Foundation for Defense of Democracies told JNS. “The worry, of course, is that Iran will use and abuse any channel we leave open to evade U.S. sanctions.”

In response to the SWIFT exception, Sen. Ted Cruz (R-Texas) is expected to introduce legislation that would mandate sanctions related to SWIFT, sources familiar with the legislation told The Washington Free Beacon. Even if Iran’s access to the financial messaging-services system is not blocked during the second round of sanctions, the president can take action by fiat.

Additionally, although the United States has sought to eliminate all Iranian oil exports, exemptions for importing Iranian petroleum will be made for countries such as China, South Korea, Japan, India, Iraq, Turkey and several other countries, an official list of which will be released on Monday. These waivers expire in March.