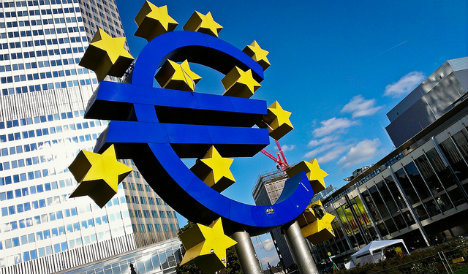 Italy risks losing an estimated €9.3 billion it received from the EU between 2007 and 2013 because it has failed to spend the money in time.

However, a study by the small business organization, CGIA di Mestre, released last week, estimates that Italy failed to spend some €9.3 billion left in the pot before the deadline passed.

Now it has until March 2017 to present documentation to EU officials proving any last-minute allocations – otherwise it will be forced to hand the cash back to Brussels.

“The figure is not yet final, but we believe it will be more or less around that mark,” the study’s coordinator Paolo Zabeo told The Local.

“It shows that there is a huge amount of money being lost, especially in some southern regions, due to inefficient and ineffective local bureaucracies.”

The unspent money takes the form of EU structural funds, which are designed to reduce regional disparities in income and opportunity within member countries.

As a result, the biggest offenders are in Italy’s underdeveloped southern regions, in particular Sicily and Campania, which received the lion’s share of the €6.6 billion allocated for regional spending.

Sicily alone failed to spend €1.9 billion, while Campania neglected to use the €1.6 billion it received.

“It’s unacceptable that in a time of crisis we are leaving billions of euros from Brussels unspent,” Zabeo added.

Other regions were generally more virtuous in how they spent their funds.

Friuli-Venezia Giulia used 94.1 percent of its funds, Trento 94 percent and Marche and Puglia both managed to spend 93 percent.

Since 2000, Italy has contributed more to the EU than it has received – paying in some €210.5 billion and getting back €151.6 billion in various funds and grants, a difference which amounts to a net spend of €970 per citizen.