The Saudi Arabia stock exchange index went down on Sunday. It was happened under pressure from the sanctions imposed by the United States on seventeen Saudis because of their role in the case of the murdered Saudi journalist Jamal Khashoggi in Istanbul.

The 17 persons sanctioned are not exactly the core players of the stock market so it is not directly associated with consequences. The index fell only because the first wave of sanctions opens a way to other ones which can be more important for the country and the region.

The leading Tawadul index lost 2 percent. This made it by far the least performing index in the region. Soon after it has bounced back though. 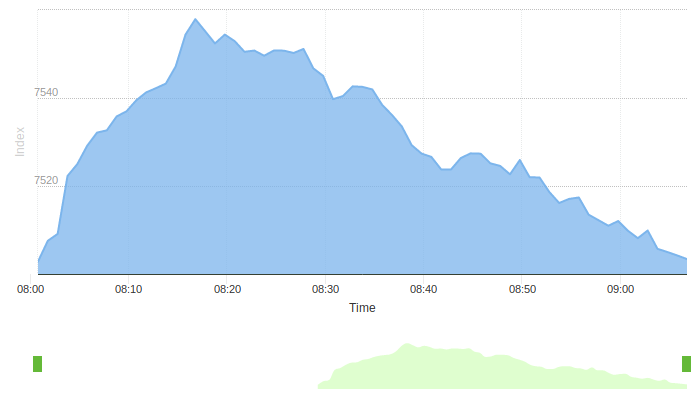 Khashoggi, a critic of the Saudi regime, was killed on 2 October in the consulate after a fight. The American reaction followed a few hours after the Saudi’s ordered to demand the death penalty for five of the eleven suspects charged with killing Khashoggi.

Among the persons against whom sanctions have been imposed are the Saudi consul general in Istanbul, Mohammed al-Otaibi and Saud al-Qahtani, a former top assistant of crown prince Mohammed bin Salman.