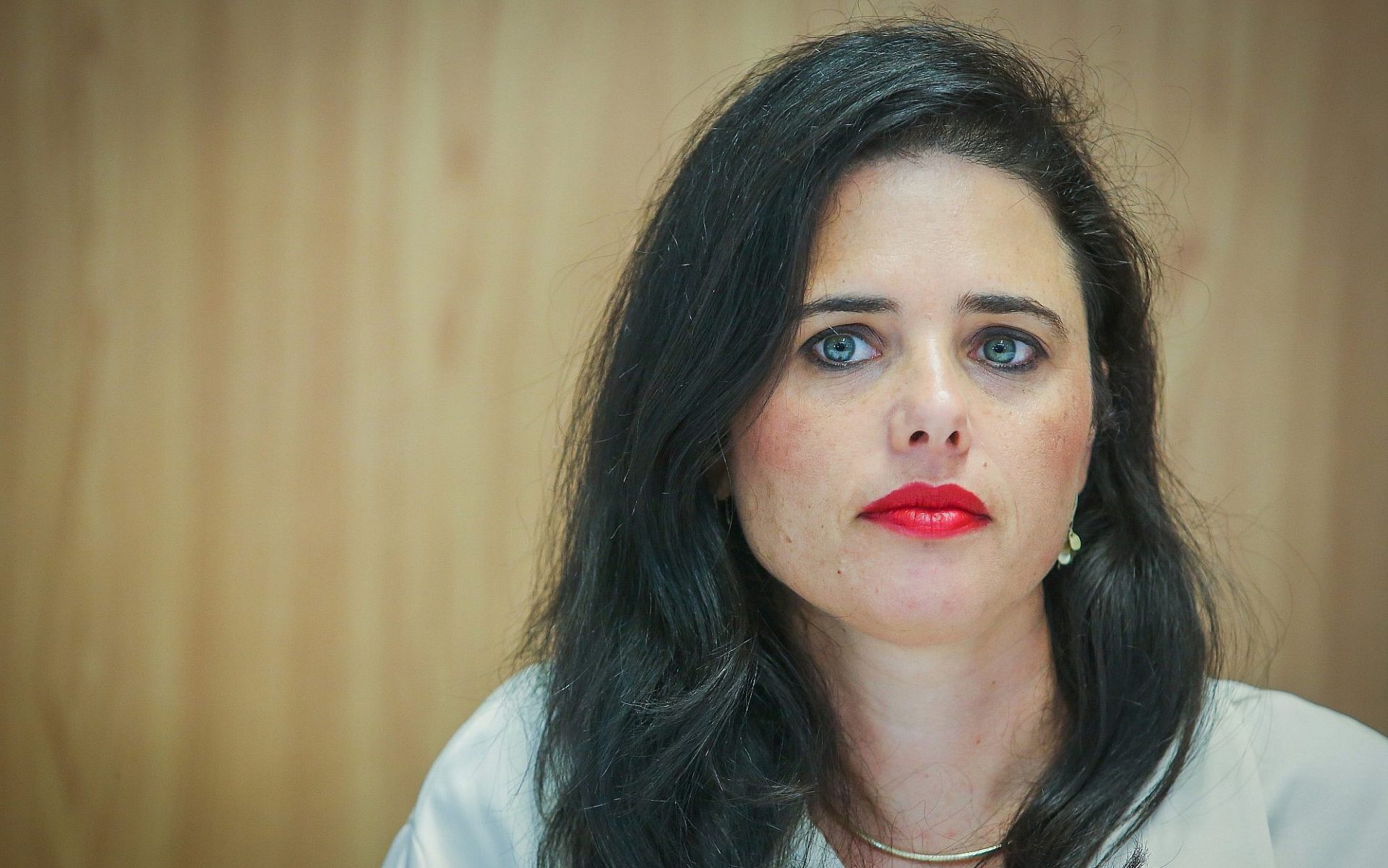 In foreign press briefing, justice minister reiterates call for annexation of Area C, says Palestinians may in the future agree to her plan.

Justice Minister Ayelet Shaked this week proposed a “confederation” between parts of the West Bank, Jordan, and Gaza.

“Our plan is to apply Israeli sovereignty on Area C and give the Palestinians living there full citizenship. Areas A and B will be part of a confederation, together with Jordan and Gaza,” she told journalists Wednesday in Jerusalem.

“There’s a large Palestinian population in Jordan and the Palestinians already have a state in Gaza. In the distant future, a confederation of these three entities will be the right way forward,” she added.

Responding to a reporter’s question about how she envisions the “end-game” of the Israeli-Palestinian conflict, Shaked, a member of the nationalist Jewish Home party, seemed to endorse party chairman Naftali Bennett’s so-called Stability Plan.

First published in 2012, that plan calls for Israeli annexation of the West Bank’s Area C, where most of the Jewish settlers live. According to the Oslo Accords, Israel has full military and administrative control over Area C, which comprises about 60 percent of the West Bank’s territory.

According to the plan, the Palestinians who reside in Area C would be offered Israeli citizenship or residency, while those living in areas A and B — which are under full Palestinian or joint Palestinian-Israel control — would govern themselves, though they would not have a sovereign state.