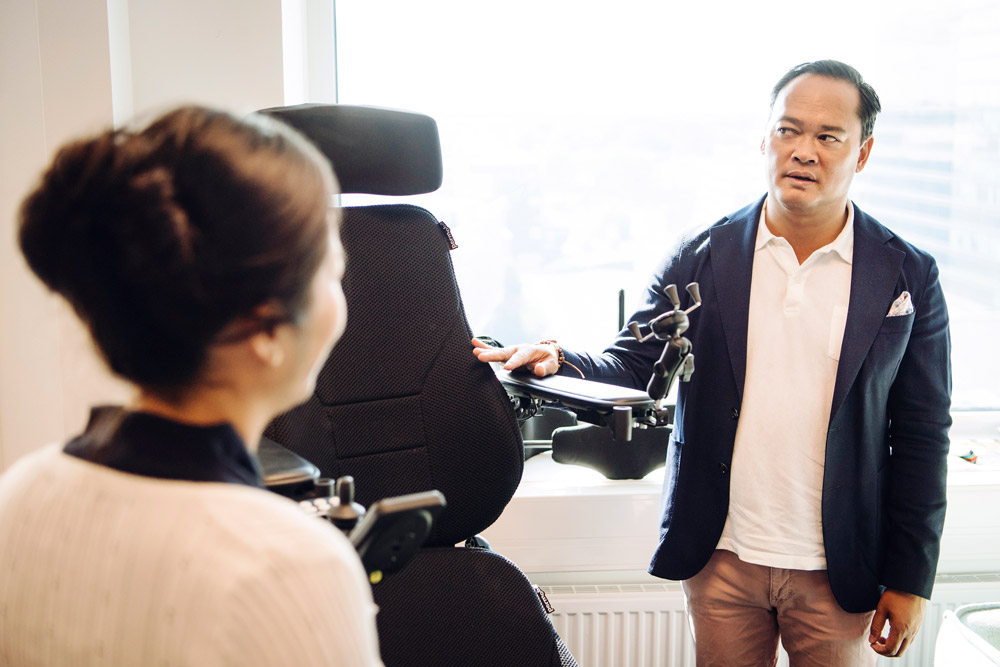 China’s aging population has created a growing market for Swedish healthcare products.
Swedish exports of medical and pharmaceutical products have almost doubled in four years, with China becoming an increasingly important market for Swedish healthcare companies.
Swedish exports of medical and pharmaceutical products have increased from 5.4 billion kronor in 2013 to just under 10 billion kronor (€941 million, $1.1 billion) in 2017, according to figures from the National Board of Trade (Kommerskollegium). And that might just be the start of it. Exports in the first quarter of 2018 were 93 percent higher than the same period last year.
“The explosive growth is driven by two things. One is the demographic change in China, where the population is aging faster than any other country. The second growth factor is that China is currently expanding its welfare system,” said David Hallgren, trade commissioner for China at Business Sweden.
In addition to large Swedish companies such as Getinge, Mölnlycke and Astra Zeneca, around 30 smaller companies have begun to establish themselves in the Chinese market. The Swedish firms sell everything from pharmaceuticals to electric wheelchairs and healthcare-related software.
Putting the disabled to work
But it is not just China’s elderly population that is providing a lucrative market for Swedish companies.
Two years after the abolition of China’s one-child policy, there are still not enough children being born to eventually replace aging workers. If births continue at their current rate, China will have lost 23 percent of its working-age population by 2050, according to a report from China Daily.
One way China is attempting to make up this projected shortfall is through increased efforts to create employment opportunities for people with disabilities. This too has led to increased demand for Swedish solutions.
One company benefitting from the development is Permobil, which manufactures electric wheelchairs and other help aids.
“In recent years there has been an awakening in China with the aim of increasing the well-being of people living with different disabilities. Partly so that they can work and contribute to society and partly so that they can live more independent lives,” Bruce Boulanger, head of Permobil’s Asia division, said.
As of 2016, some 24 million Chinese lived with serious physical disabilities and that number is expected to almost double by 2050, according to statistics from the China Disabled Persons’ Federation (CDPF). The number of people with some type of physical disability who are actively engaged in the labour market was around 9.4 million in 2017, which is a twofold increase from 2015 but still considered quite low.
“The [Chinese] government is making a tremendous effort to increase the opportunities for people with physical disabilities. Companies are required to hire people with disabilities and the disabled now have more rights to compensation and support,” Boulanger said. “High-tech and electric wheelchairs are now in greater demand, so for us [China] is becoming an increasingly important market.”
Long process
Swedish companies, however, often find that breaking into that market is a complicated process.
“It may take several years for a company to get a product approved for the Chinese market,” Hallgren said. “China is an organizationally difficult market, but the authorities are always working to simplify it. Once you get a product approved it is also a long process to find partners. But generally, Swedish products have a relatively good reputation [in China].”
Hallgren said that Sweden’s global reputation for having a well-functioning welfare system make Swedish products stand out – as long as they’re not too expensive. That is not only the case in China but in several other Asian countries as well, he added.
“We see similar opportunities in Japan, South Korea, Singapore and India, even though the conditions and, above all, the timing look different in those countries,” Hallgren said.
By: Nicholas de Kramer