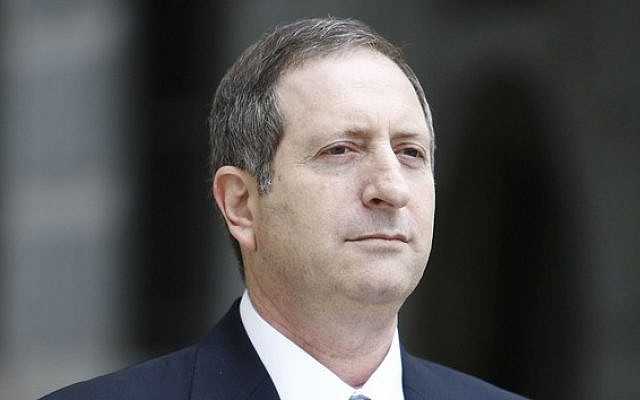 The Israeli embassy does not move from the Buitenhof to Plein 1813. Alderman Boudewijn Revis (VVD) has announced this in a letter to the city council. The planned move is going to be a very expensive renovation.

“The costs to meet the requirements of the permit were too high for the embassy,” says the alderman at the town hall. The adjustment was in the air. Three weeks ago, Israeli ambassador Aviv Shir-On stated in an interview with AD Haagsche Courant that Israel would have to pay nearly 20 million euros for the renovation, a multiple of the purchase price of 4 million euros. The ambassador does not want to explain his decision.

Two years ago, the state of Israel bought the monumental but dilapidated villa at number 4 and 5 on Plein 1813 of the Rijksvastgoedbedrijf, without the knowledge of the municipality. The license application revealed this summer that the villa had to be remodeled to meet (partly secret) safety requirements. All walls had to be reinforced with concrete in order to withstand a certain jumping force. “And as a municipality we have set high standards for the preservation of the green and the monumental character of the villa,” says Revis.

Both the neighborhood and part of the city council were not comfortable with the building plans of the Israeli embassy. The security measures and accompanying architectural interventions (such as the construction of a modern porter’s lodge) could be at the expense of the historic view of Plein 1813 and the villa itself, they feared. The municipal welfare and heritage committee and the Ministry of Education, Culture and Science also gave negative advice. The College of B and W argued against this that diplomatic legislation obliges the municipality to cooperate with housing requirements of the state of Israel. At the request of the Council, lawyers at Pels Rijcken investigate whether that assumption is correct.

So that research does not have to wait. Last Friday, the ambassador unilaterally informed the municipality that the move to Plein 1813 is out of the question. The summary letter to the council expresses frustration about Israel’s headstrong behavior, but the alderman himself shows resignation. “The facts are the facts,” he says several times. “We want to show Israel that it is welcome in our city. That is why we have once again reached out to work together in the search for housing. “Israel does well to accept that hand, Revis thinks. “As an embassy city of the Netherlands, we have a lot of experience with such accommodation.”

The Israelis are considering alternative locations. Time is running out: in fact, the embassy will have to leave next year from its current premises at the Buitenhof next year when the lease expires. The embassy may still be able to stay there, said the ambassador to AD Haagsche Courant. The owner of the property has made a proposal to him.
Relieved

“We are relieved,” responds Joeri Oudshoorn, former board member of the HSP and mouthpiece of concerned local residents. “It would have been a long legal battle.” Nevertheless, with the brief statement from the alderman this book has not yet been completely closed, emphasizes Oudshoorn. “The letter does not state that Israel has withdrawn the license application. In principle, the environmental permit can be resold with the villa. Only when the request is taken out, we are completely reliant on it. ”

The question is which future the dilapidated city villa is. The monumental building has been empty for years and urgently needs a refurbishment. “I assume Israel will sell the building,” says Alderman Revis. “Because of all the publicity, nobody will have noticed that we have high demands on the villa. Let’s hope that somebody will make something beautiful out of it. “We have to wait and see who is coming, says Oudshoorn. “But we can not imagine that there is something in the villa that is so drastic for the neighborhood as the embassy of Israel.”