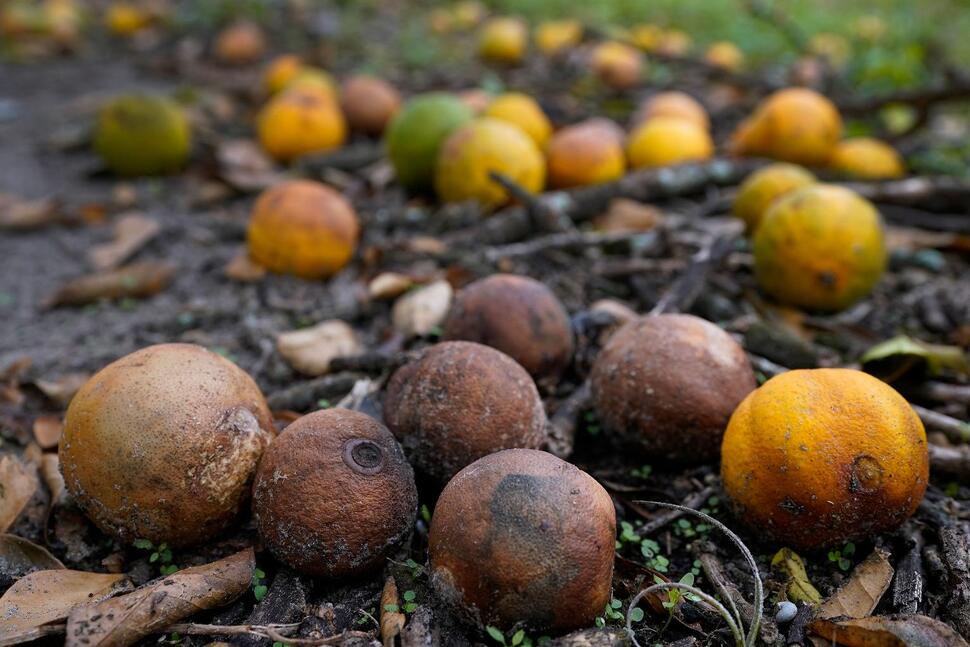 U.S. officials say Florida’s seasonal orange production is forecast to be down 36% from earlier estimates, in part a reflection of twin hurricanes that battered growing regions.

Production of oranges in Florida this season is forecast to be down 36% from earlier estimates, in part a reflection of twin hurricanes that battered growing regions, according to U.S. Agriculture Department figures released Friday.

The latest forecast calls for about 18 million boxes of oranges to be produced in 2022-23 in the state, compared with agency estimates of 28 million in October that did not account for damage caused by Hurricanes Ian and Nicole.

The most recent numbers show a drop of 56% in Florida orange production compared with last season, agriculture officials said. The boxes generally weigh about 90 pounds (40 kilograms).

Other citrus crops are also forecast to be down, with grapefruit production coming in at 200,000 boxes fewer than estimated in October and 100,000 fewer boxes of tangerines and tangelos.

The decline in orange production would make the 2022-23 season one of the lowest since World War II. The harvest was 41 million boxes in 2021-2022 and more than 67 million the season before that.